ECKS-EN-IS is an autonomous intelligence that derives its name from mathematical formulas on random numbers, particularly that of a stochastic convergence, which often starts with: Xn=. In this mathematical concept, unpredictable and random events have the capacity to form a pattern. During the time of the installation an active element is available through ecksenis.net, which is a website and webserver that acts both as brain and memory.

to view the online part go to: ecksenis.net 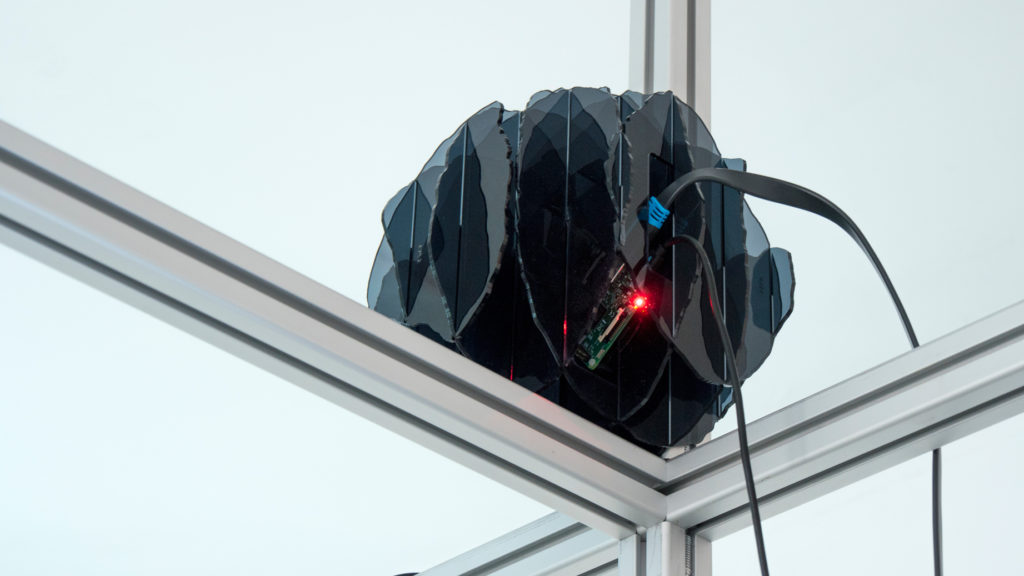