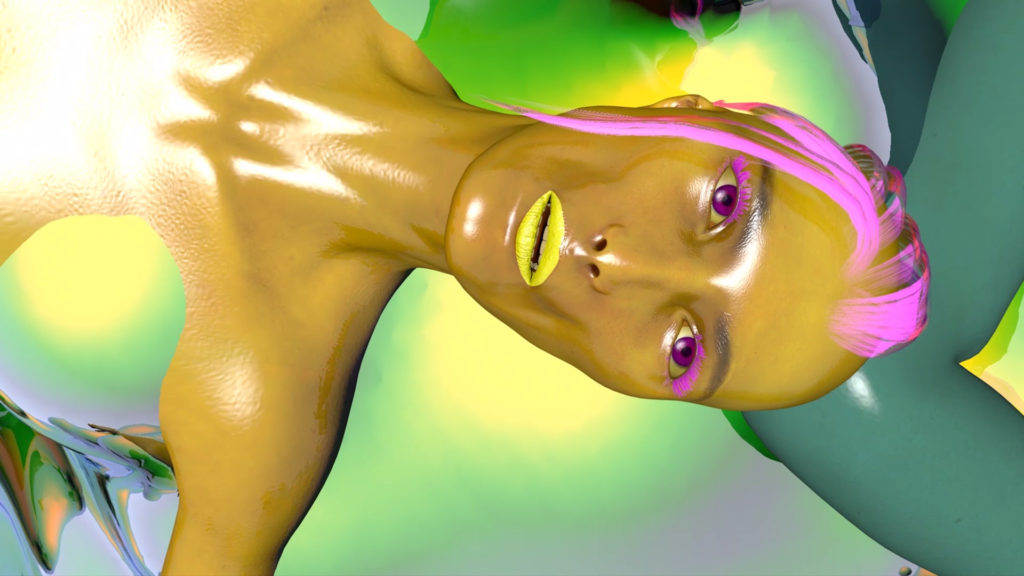 HARD-CORE invites you to visit the Core of its system, The Universal Blob. Voices are not what they seem and who they seem. Identities dissolve and are formed, the mundane gets blend with dreams and wishes for the future. Welcome to the power of plurality.

The Universal Blob is a lecture series in which the collective conducts a talk through a proxy identity comprised of several characters with contradictory statements and opinions. As such this format explores the interest of HARD-CORE to work collaboratively with a collective discourse, without the need of one spokesperson or singular identity. Non of the individual participants take the main stage, but rather blend into an ‘Universal Blob’ that is flexible in its shape, material and appearance.

In the video several topics are being discussed that connect the activities of HARD-CORE to a larger context. A large part of the talk focuses on algorithmic decision making and preconceived ideas around harmony. We as HARD-CORE think that more exciting explorations and prepositions can be made if we leave decision making outside the human domain. At the moment HARD-CORE focusses dominantly on exhibition making, in which a large amount of conclusions are based on fixed rules and social networks (aka. Artists that exhibit and placement of works). Through the development of the curatorial robot ASAHI (currently in its 4th Model) we try to unpack and reexamine these hierarchical frameworks one by one.