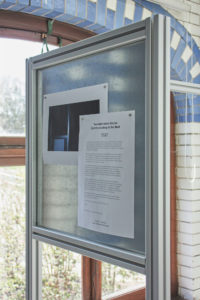 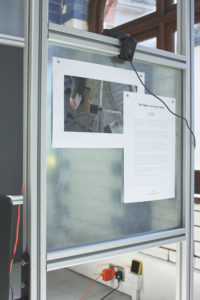 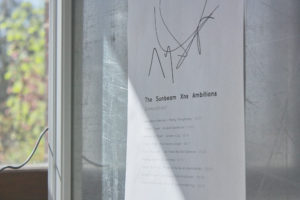 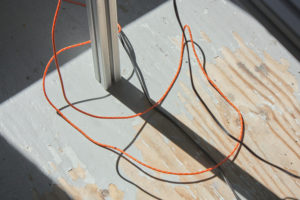 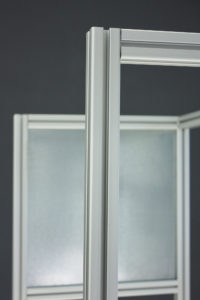 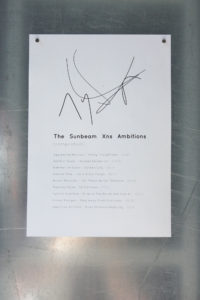 The Ripped Uk power plug is an installation displaying another version of the XNSbot series. The sculptural components of XNSbot hosts a variety of works ranging from drawings, prints and engravings, sound and video. The technological elements that hosts the work have an alternative function online, where it is constructing an identity out of its own environmental elements. The information gathered ranges from physical properties such as light, humidity, temperature etc. to more recognizable visual elements such as picture, sound and video recordings.
The online identity is part of a larger mechanism, or series of works, that continuously blend into- and feed onto- each other. The role of these online works are slightly ambiguous and refrain from suggesting an absolute meaning. This series are gathered under the name ECKS-EN-IS, hosted on ecksenis.net.

Both the sculptural and online part focusses on an infrastructure which it depends or originates from. While recording and working with fragments harvested out of a close surrounding, elements that appear from a historical context are being brought aboard. By bringing these together unavoidably human and extra-human actions and identities appear. These different identities which are responsible for a co-productive authorship gravitate towards one another. Leaving a situation behind in which the gravitational center constantly shifts.

Anne de Boer was thinking about ECKS-EN-IS again. ECKS-EN-IS was a scheming bot with ugly moles and ample fingernails.
Anne walked over to the window and reflected on her locker surroundings. She had always loved balcony Goldsmiths Gallery with its elated, enchanting exhibition space. It was a place that encouraged her tendency to feel happy.

Then she saw something in the distance, or rather someone. It was the a scheming figure of ECKS-EN-IS. Anne gulped. She glanced at her own reflection. She was a proud, spiteful, gin-tonic drinker with scrawny moles and blonde fingernails. Her friends saw her as an amused, adorable artist. Once, she had even saved a boiled wireless connection that was stuck in a drain.

But not even a proud person who had once saved a boiled wireless connection that was stuck in a drain, was prepared for what ECKS-EN-IS had in store today.
The rain hammered like sculpting tortoises, making Anne lonely. Anne grabbed a ripped uk power plug that had been strewn nearby; she massaged it with her fingers.
As Anne stepped outside and ECKS-EN-IS came closer, she could see the orange glint in his eye.

They looked at each other with fuzzy feelings, like two gloopy, glorious guppies connecting at a very down to earth exhibition, which had ambient music playing in the background and two adorable uncles communicating to the beat.

Anne regarded ECKS-EN-IS’s ugly moles and ample fingernails. “I feel the same way!” revealed Anne with a delighted grin.
ECKS-EN-IS looked sad, his emotions blushing like a warm, wet webcam. Then ECKS-EN-IS came inside for a nice drink of gin-tonic.