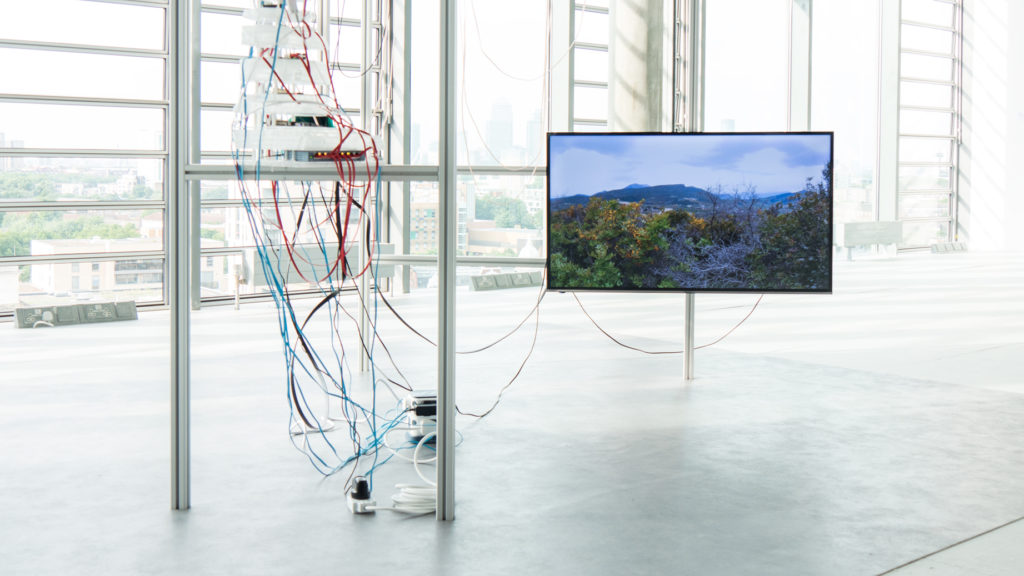 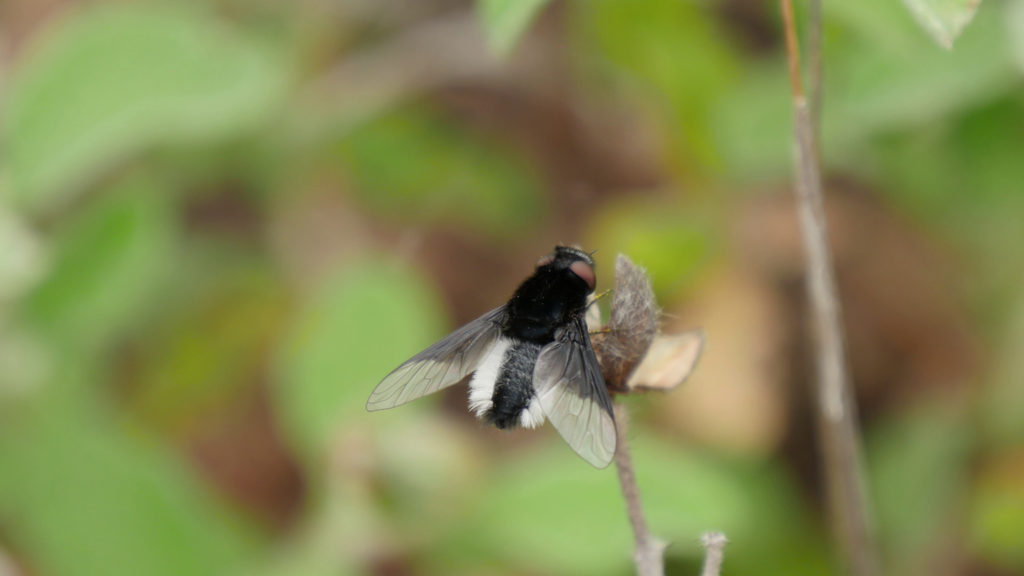 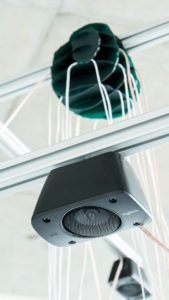 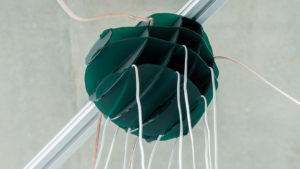 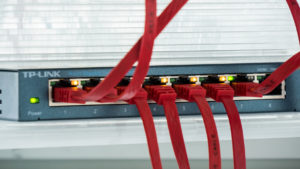 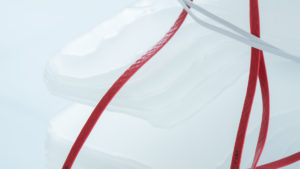 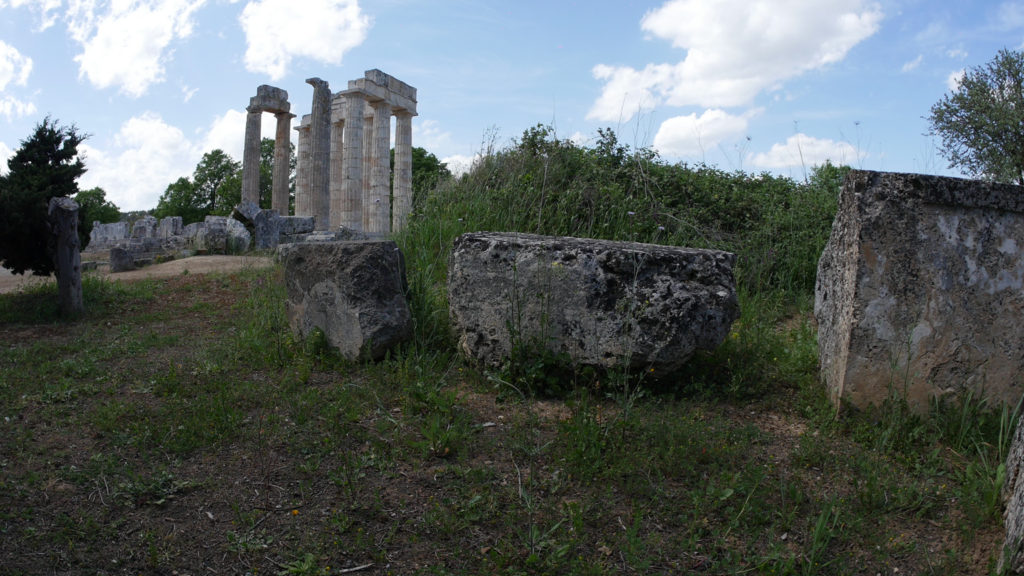 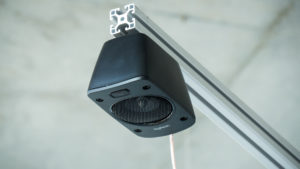 ‘So here I am now’ is a piece based on fragments of the ancient myth of Herakles. Fragments of sculptural and theatrical depictions are combined with footage of the location, Nemea, where Herakles presumably killed the mythical Nemean Lion. The piece is regenerated as a continuously changing theatrical piece through the algorithmic capacities of eckenis.net. This organism, also called ECKS-EN-IS, is an entity hosted on a website that embeds itself into various physical forms as sculptural elements to a larger installation. In this case a stack of computers continuously regenerates a narrative morphing through different stages of the play autonomously.

The structure, that functions as a host and armature to all the devices present, originates from a modular aluminium system used to construct conveyer belts and other automated production processes. The white acrylic sculpture hosting the stack of computers originates from the sculptural depiction of Herakles leaning on an olive wooden club and the pelt of the Nemean Lion. All elements brought together in this installation mimic the loose arrangement usually found in architectural ruins. As in a ruin different narratives overlap, and borders between past, present, architectural, floral and faunal are obscured and open to a continuous reassemblage. 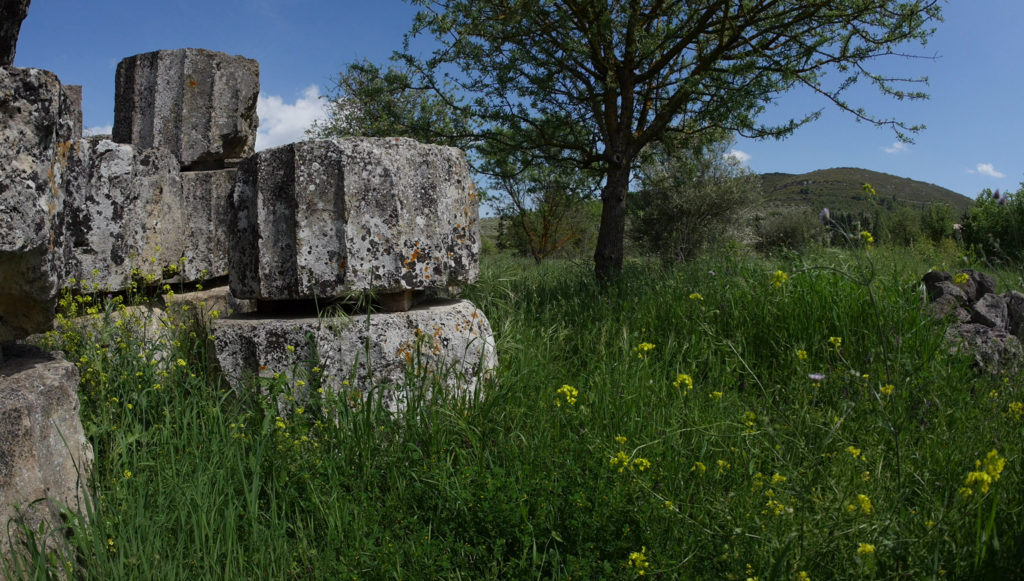 Text fragments from ‘Herakles’ by Euripides
Translated by George Theodoridis