Something in the Distance is a work that actively harvests and displays content generated during the time of exhibition. Devices that normally function in the background, as hosts to works on display, are equipped with tools that allow for forms of communication or contribution to the project as a whole. Some devices are equipped with cameras that document the duration of the exhibition from their own perspective.

Connected to a twitter account these updates are available to follow on your own feed or from the project’s website. This website is the front-page to all the gathered material, displaying different stages and elements on top of each other. The work functions as a proxy and allows for the curators and participants to communicate through and dissolve into. Both the online and physical part of the work shift between being a host, while constantly rearranging and establishing new assemblages from that same material. 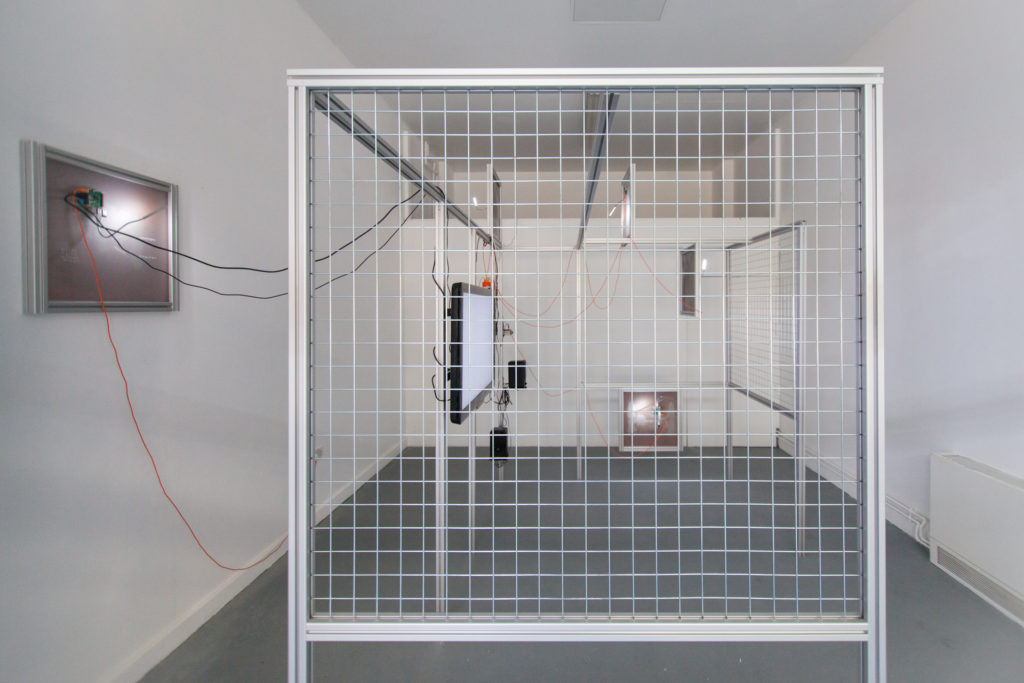 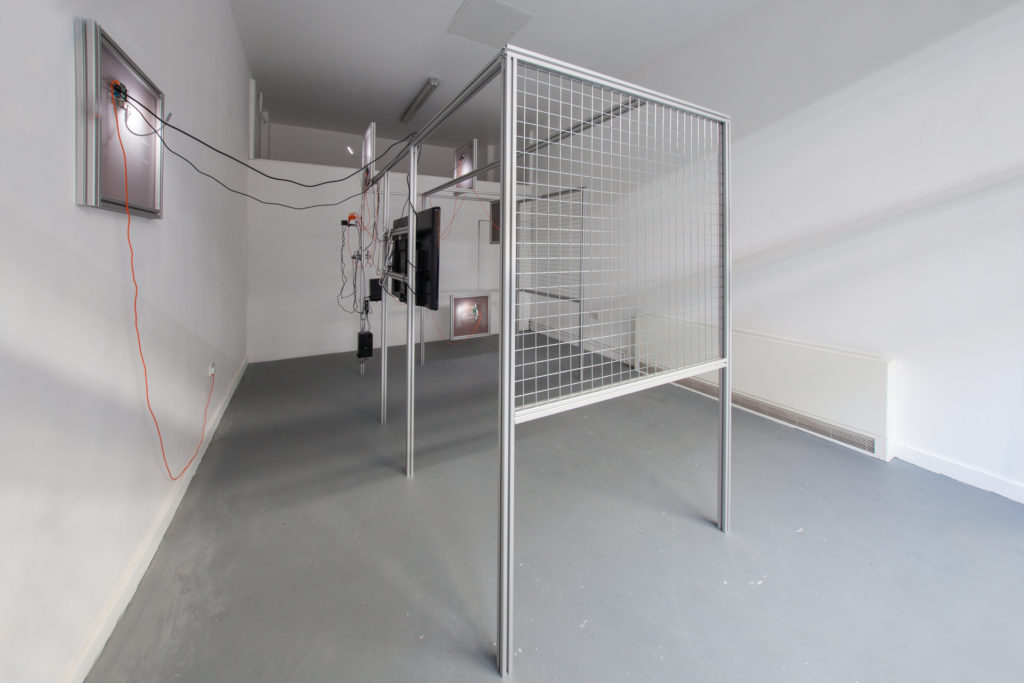 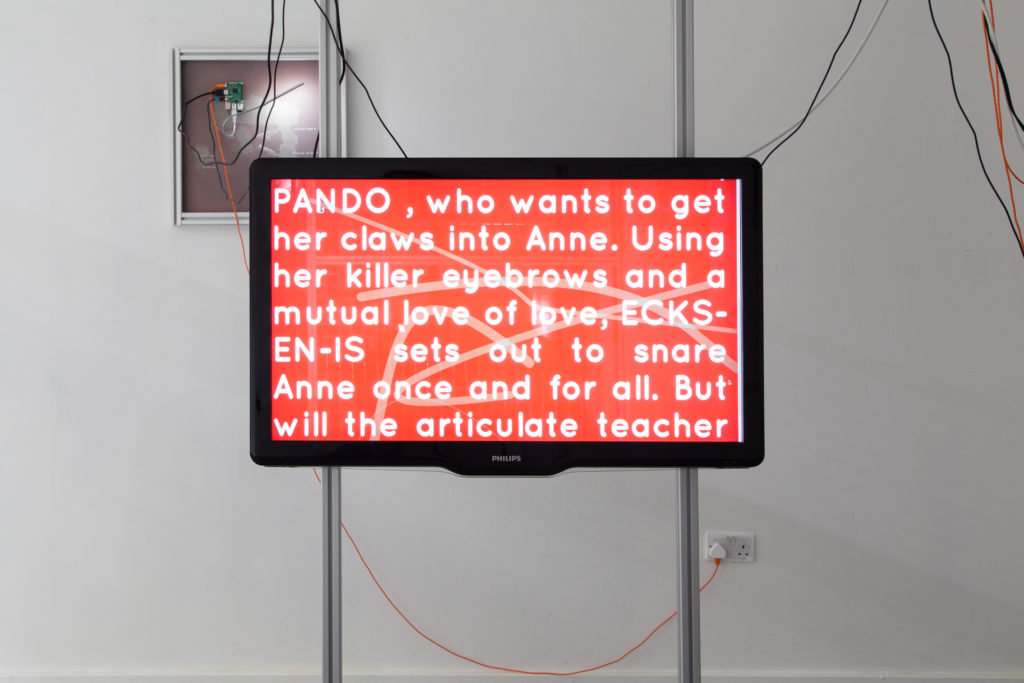 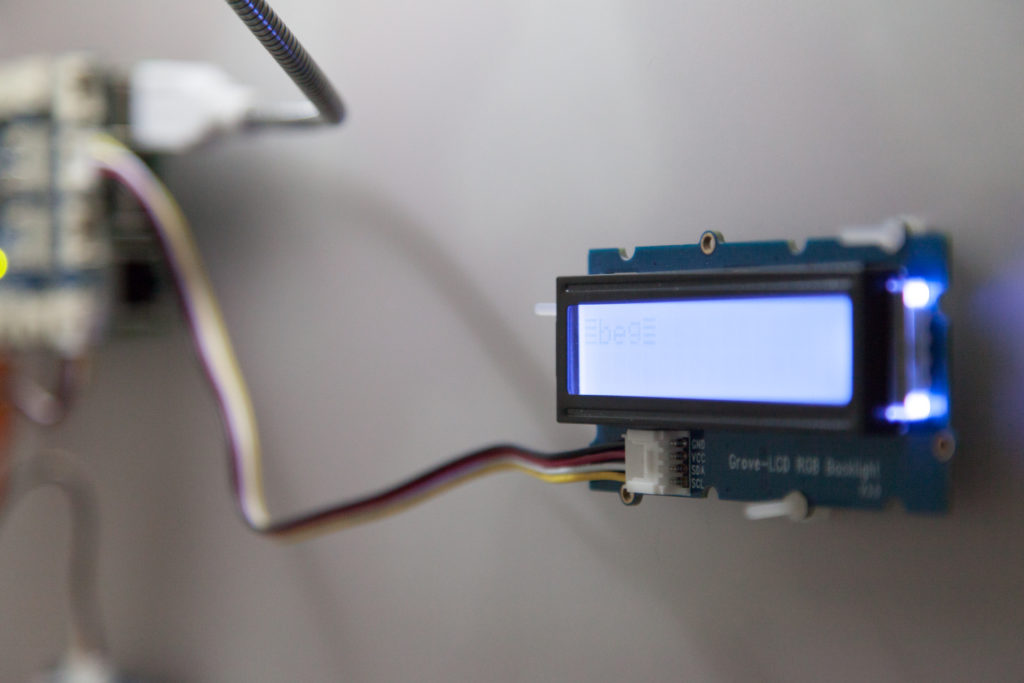 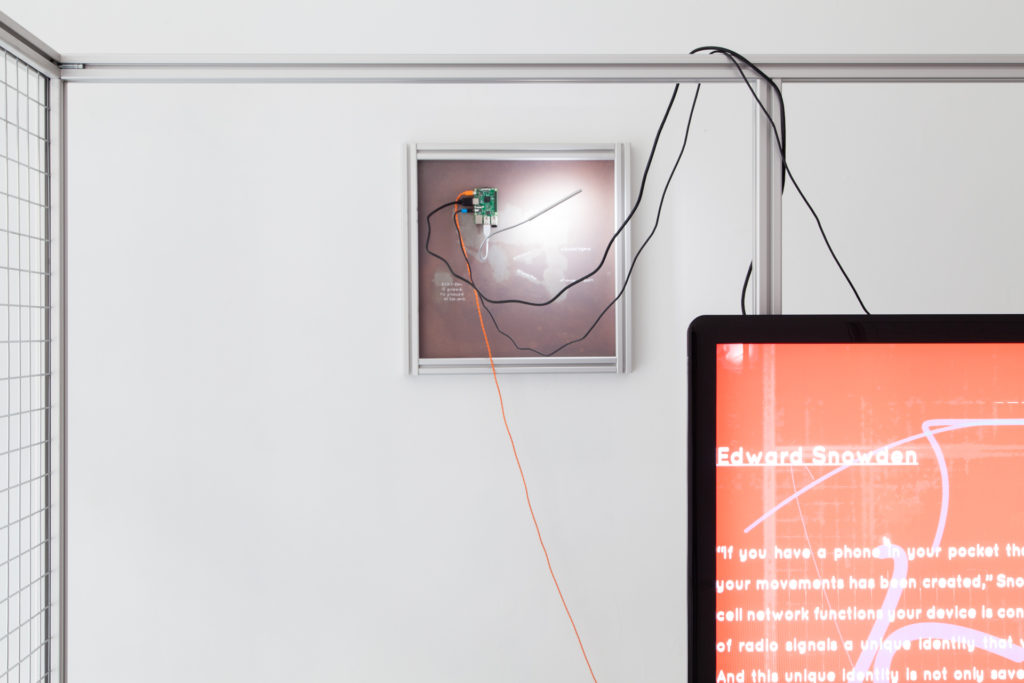 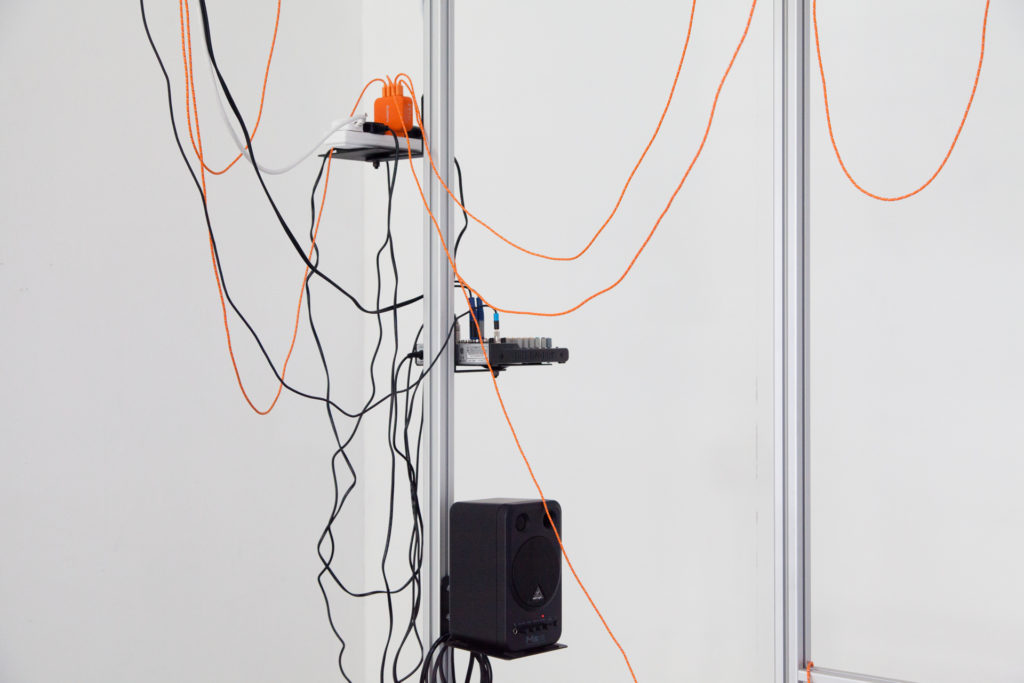 Stage one
Displaying narratives created through various content generators online. Fictional stories written through a plot-generator place the protagonists in different relationships towards each other. While reading through these texts on the screen another device shuffles through a database of ambient sounds, meandering through different environments and potential situations. 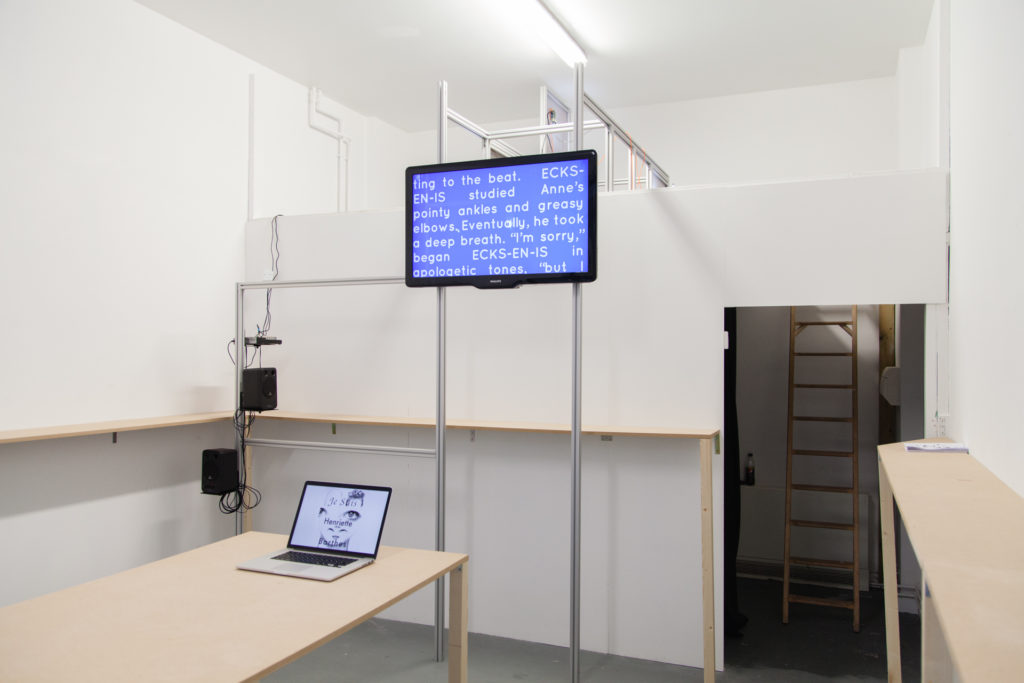 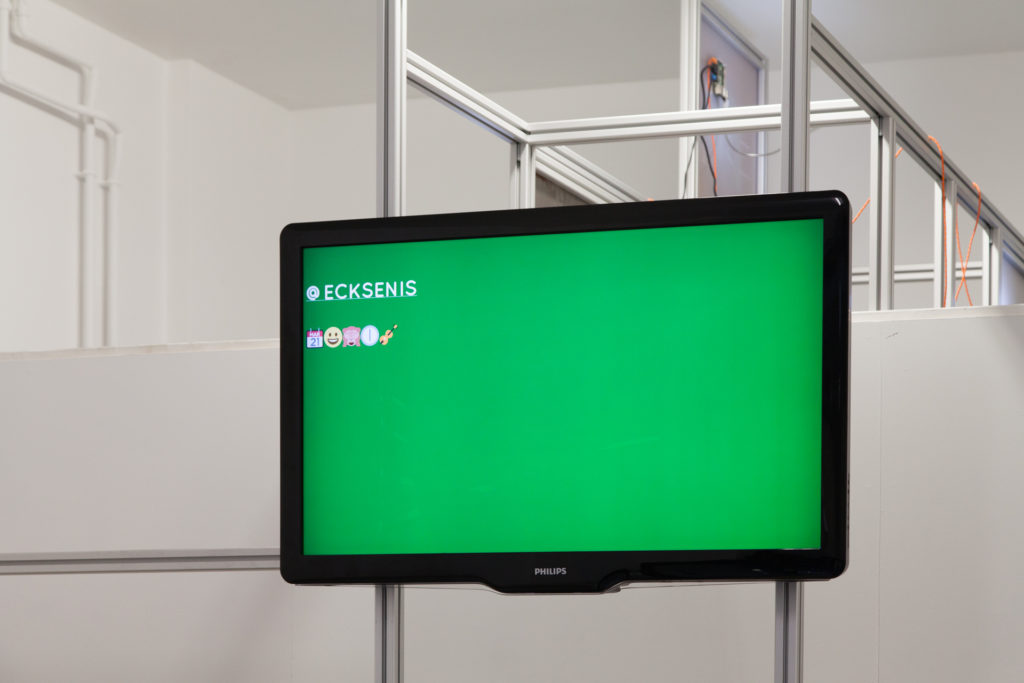 Stage two
Structure split in two parts, one on the mezzanine and one on the ground floor. Parts of the system where used as a technical support to the performance ‘Henriette Barthes: In Reference To’ by Lars Hering. 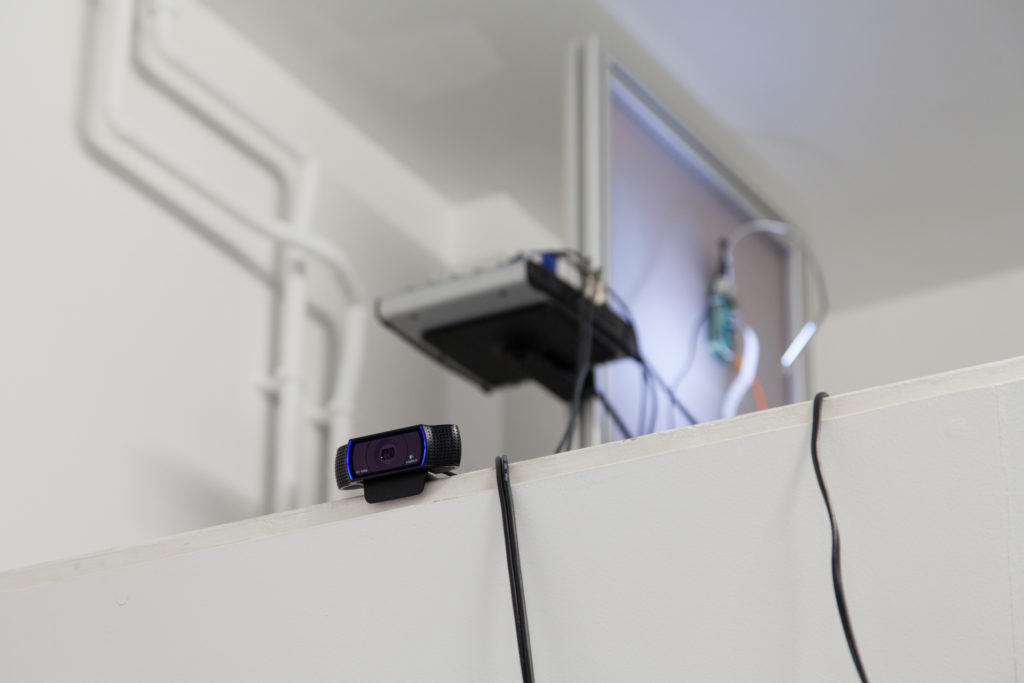 Stage three
Almost the entire structure moved to the mezzanine. The audio equipment and two of the computers provided technical support and co-performed a piece by Sara Rodrigues. (all above prints by Frederique Pisuisse )