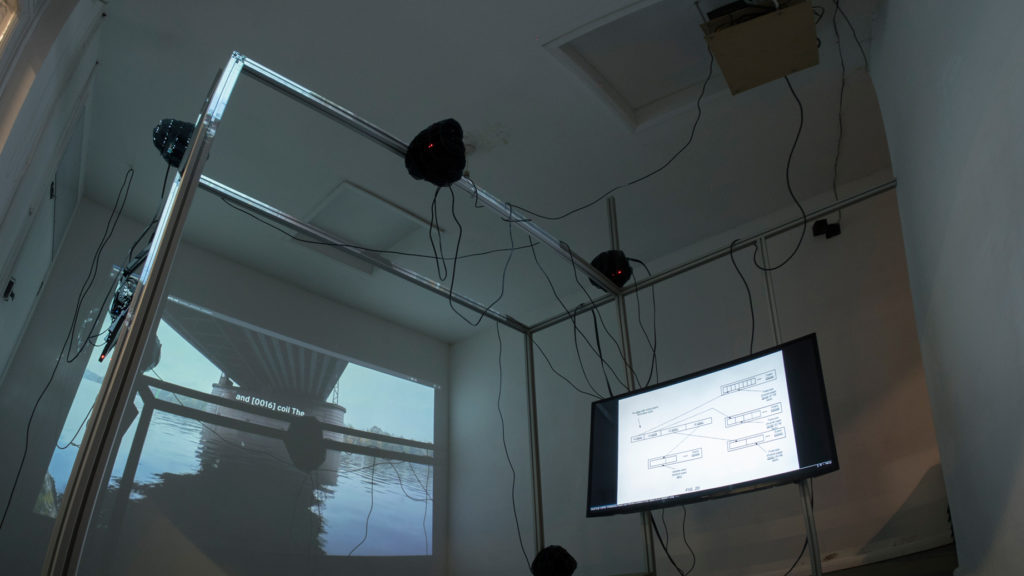 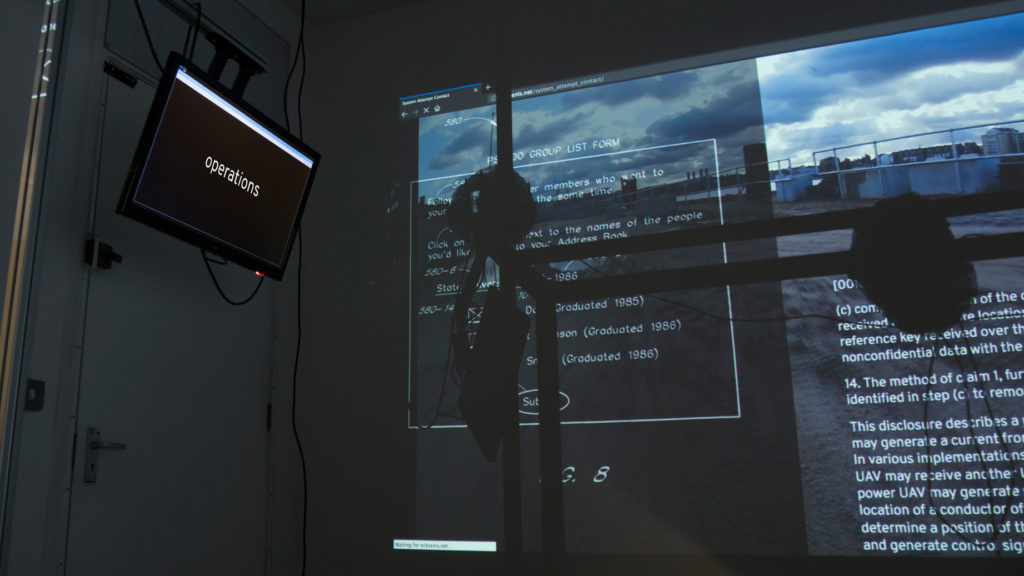 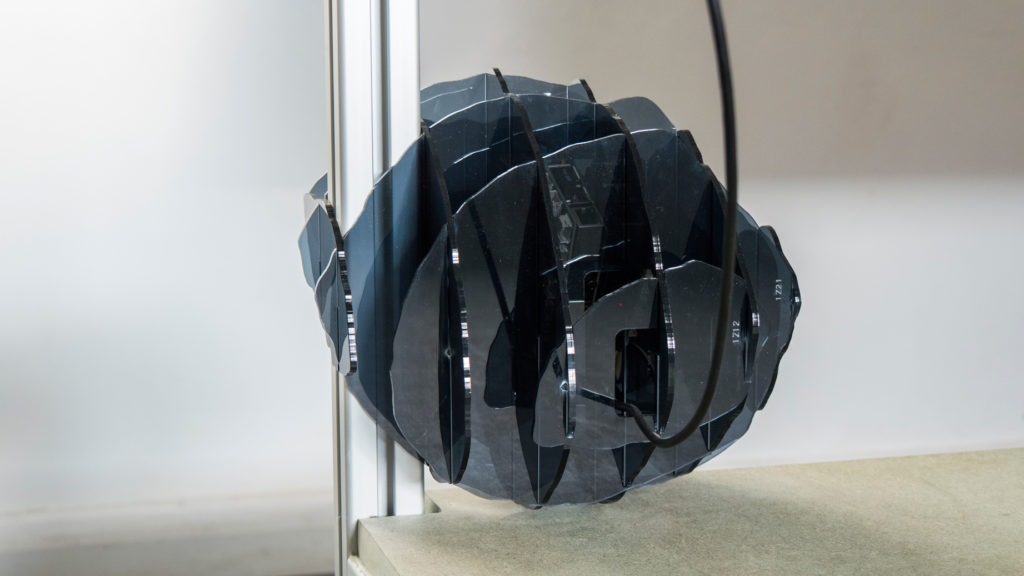 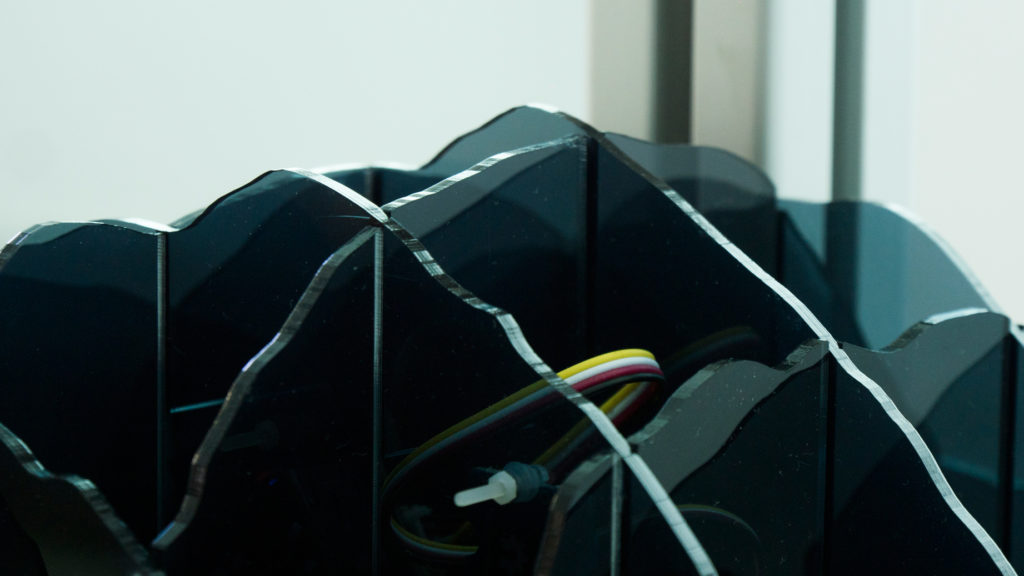 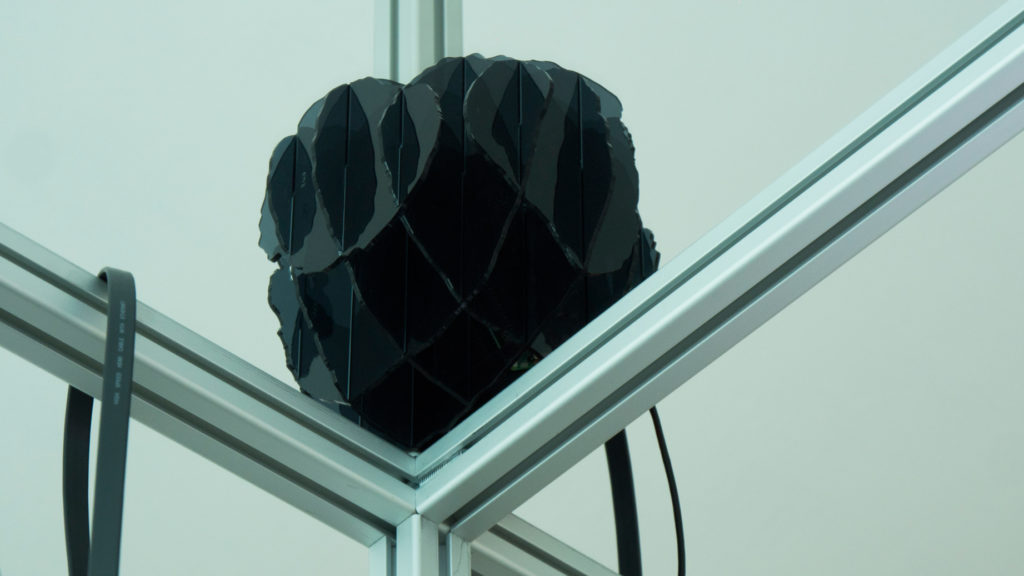 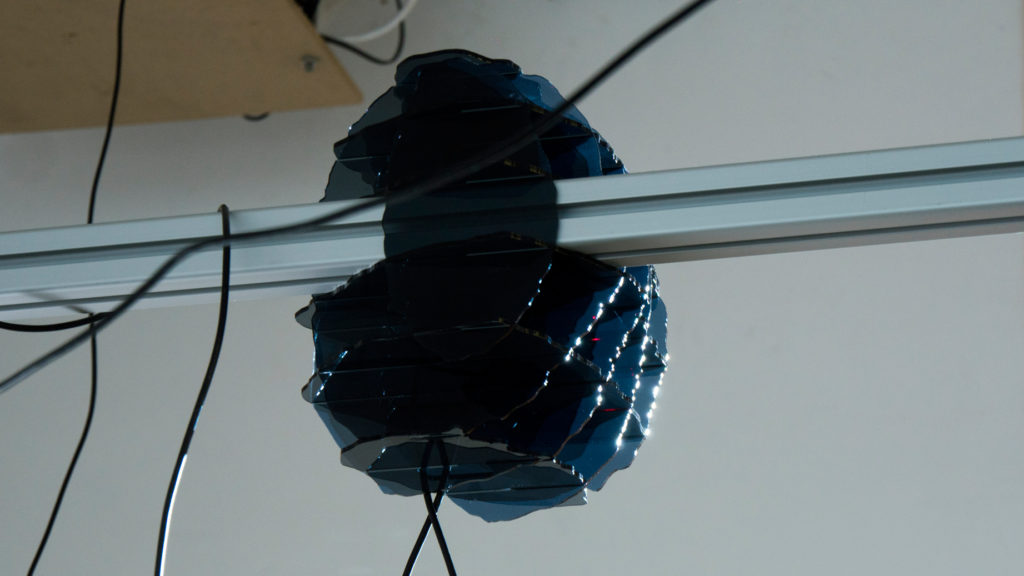 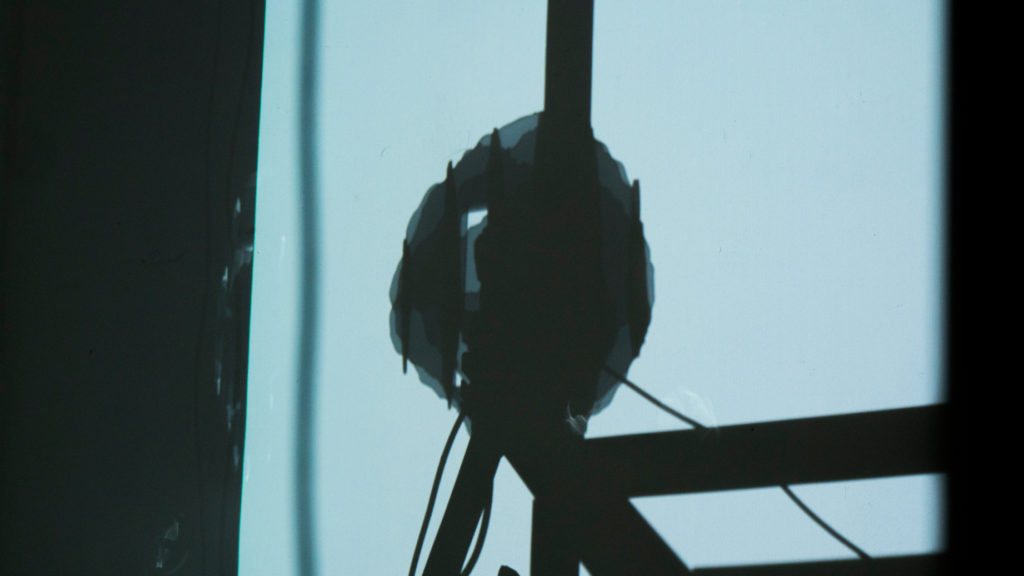 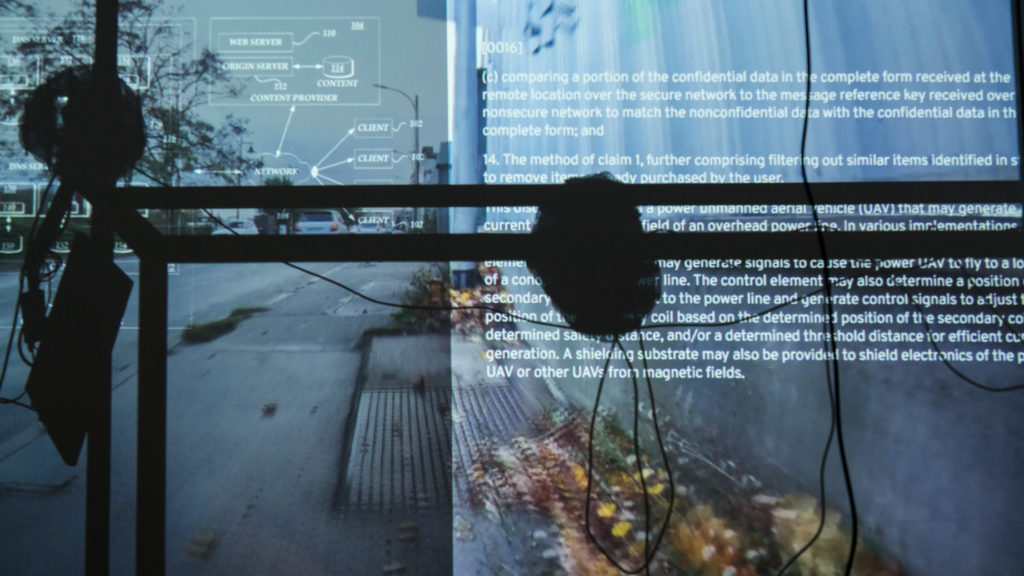 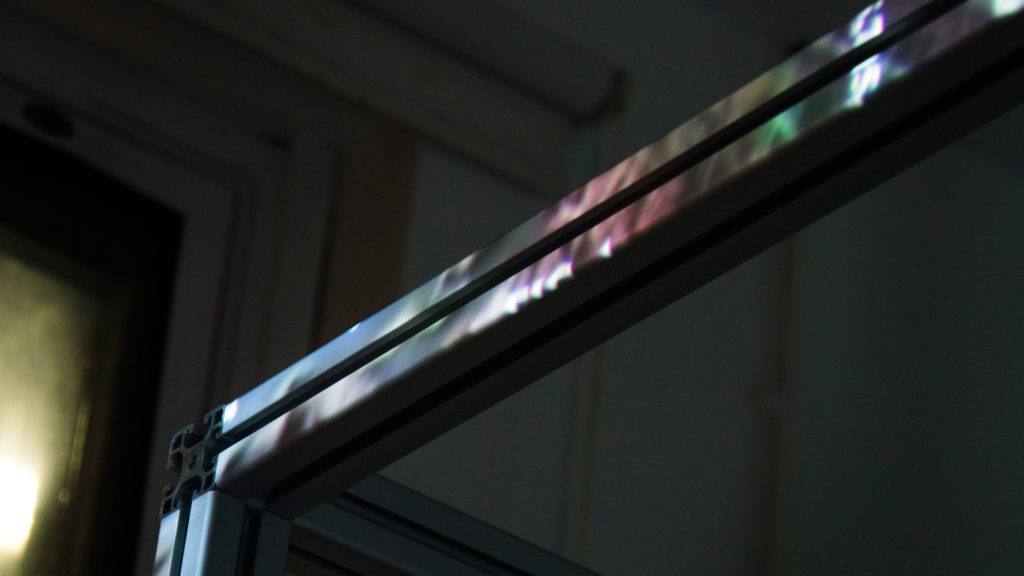 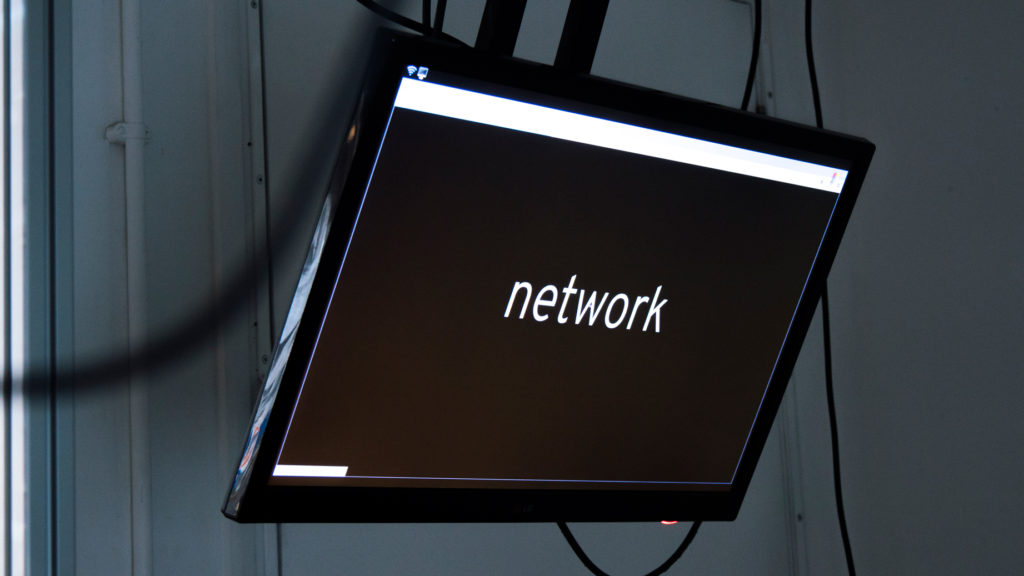 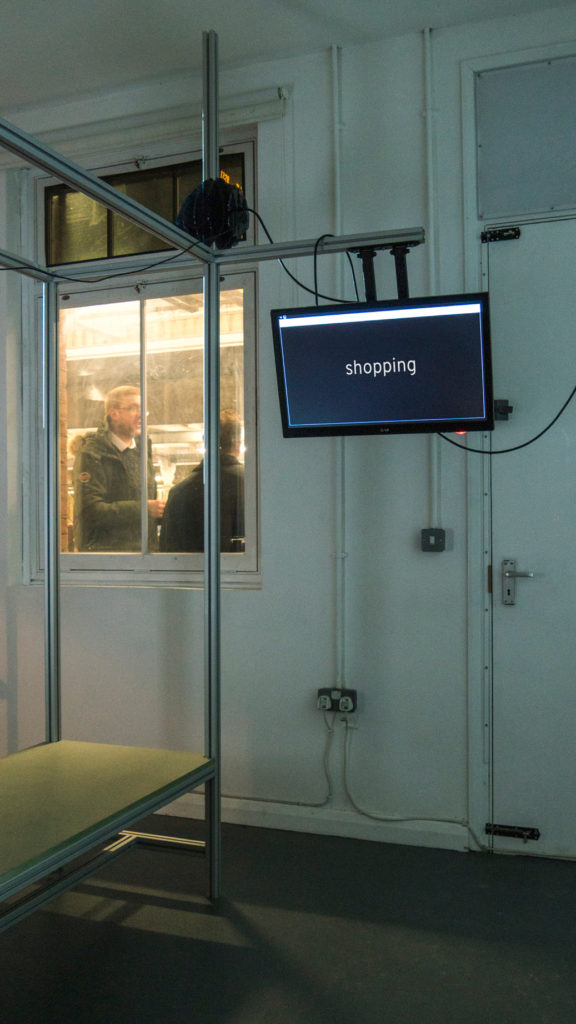 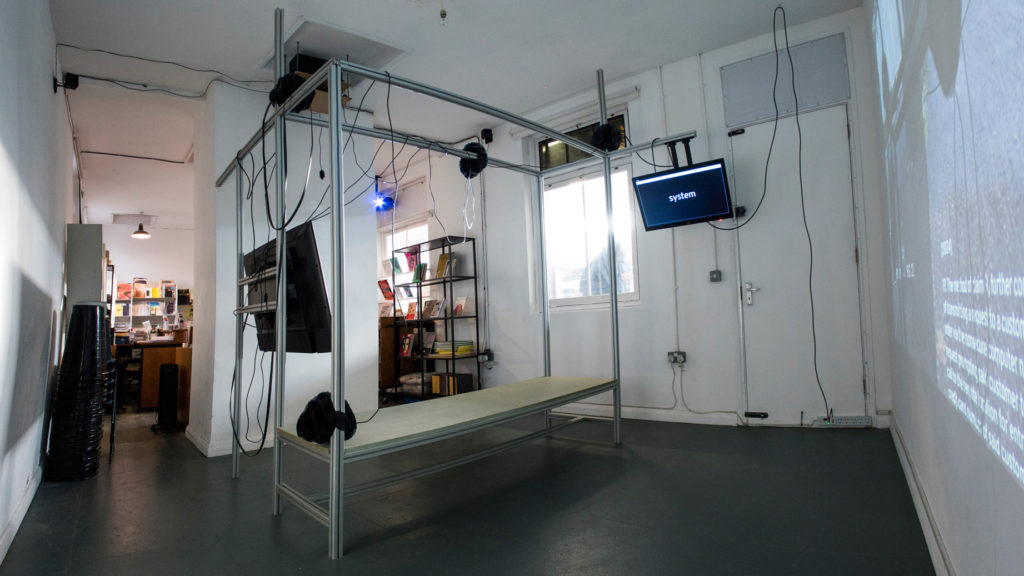 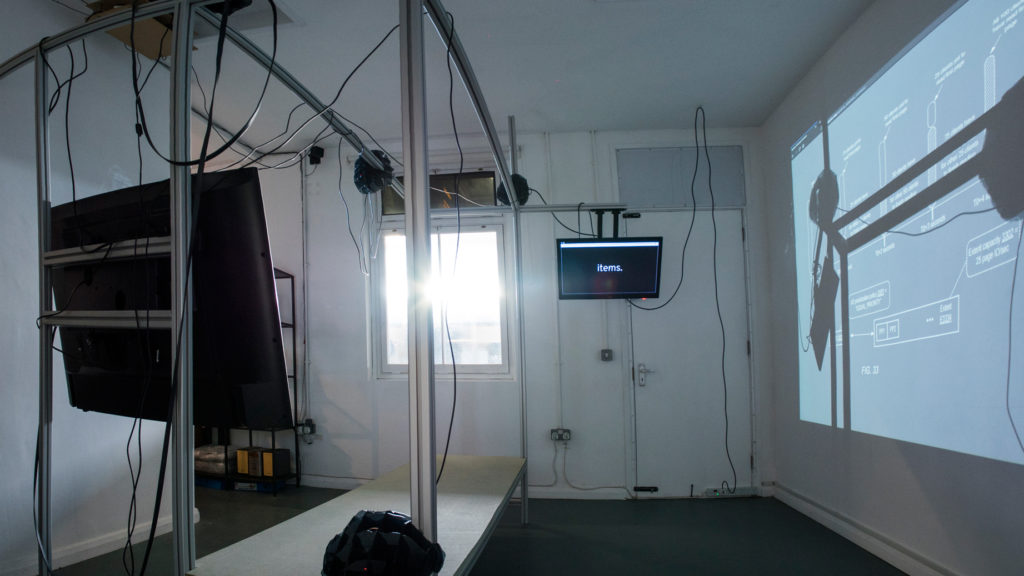 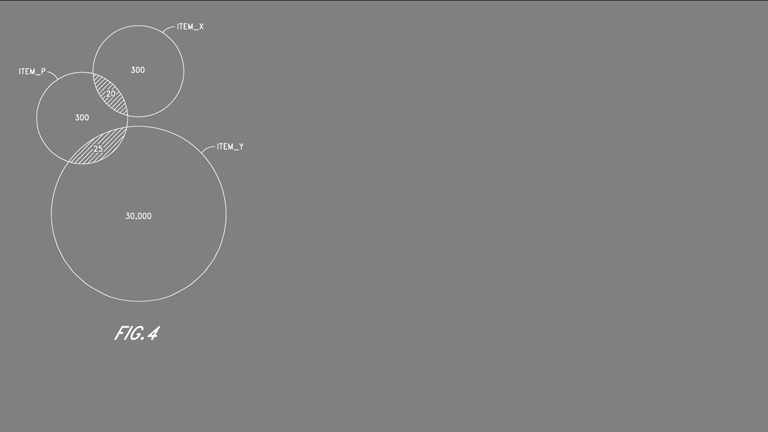 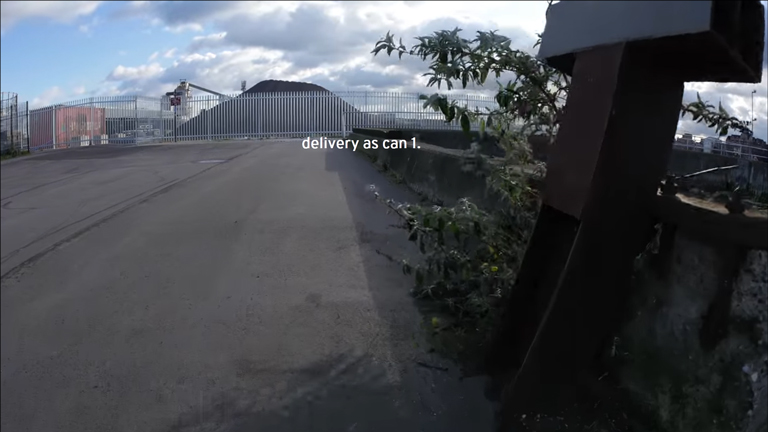 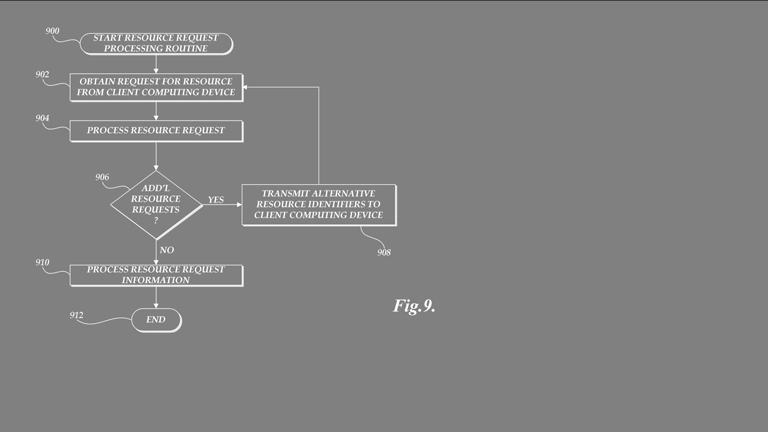 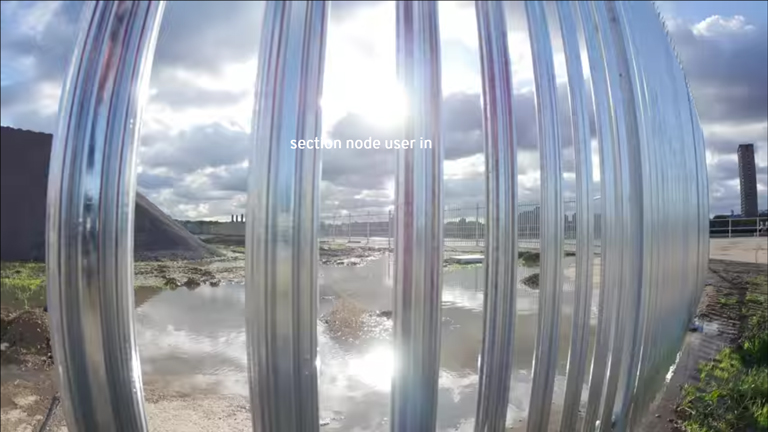 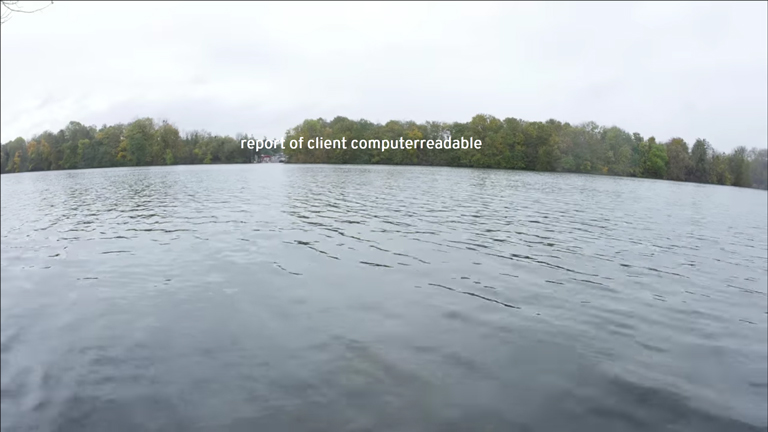 Anne de Boer’s newly commissioned work draws on key concepts of Industry 4.0 that entails an intertwining of physical and digital systems that combine in continuous interaction with each other. The factory loses its need for a physical site, but is instead a larger networked operation scattered all over the world. 3D printing allows for different forms of production, as well as the smart factory being reliant on a distributed network of production designed to exploit differing labour, material and production costs around the world.

Drawing on ideas of automation and data exchange inherent to the “smart factory” Banner Repeater project space becomes one of several sites at which content, either produced or harvested, is presented, manipulated and arranged through algorithms, shuffle functions, randomizers or other coded structures in an immersive exhibition.

Working in collaboration with ecksenis.net, an organism with its own form of artificial intelligence, de Boer will introduce raw video data collected from several sites across London, Paris, and the Netherlands, mapping important trade routes and riverside steel plants that fuelled the First Industrial Revolution. These sites now share something in common across their distant geographies as they wait, fallow, for further development.

Text and diagrams are drawn from Amazon’s database of past and pending patents, merging with the visual data of the video, via ecksenis.net over the duration of the exhibition, to produce a publication as an amalgamation that considers and critiques key concepts of Industry 4.0 – Interoperability, Virtualization, Decentralization, Real-Time Capability, Service Orientation, and Modularity.